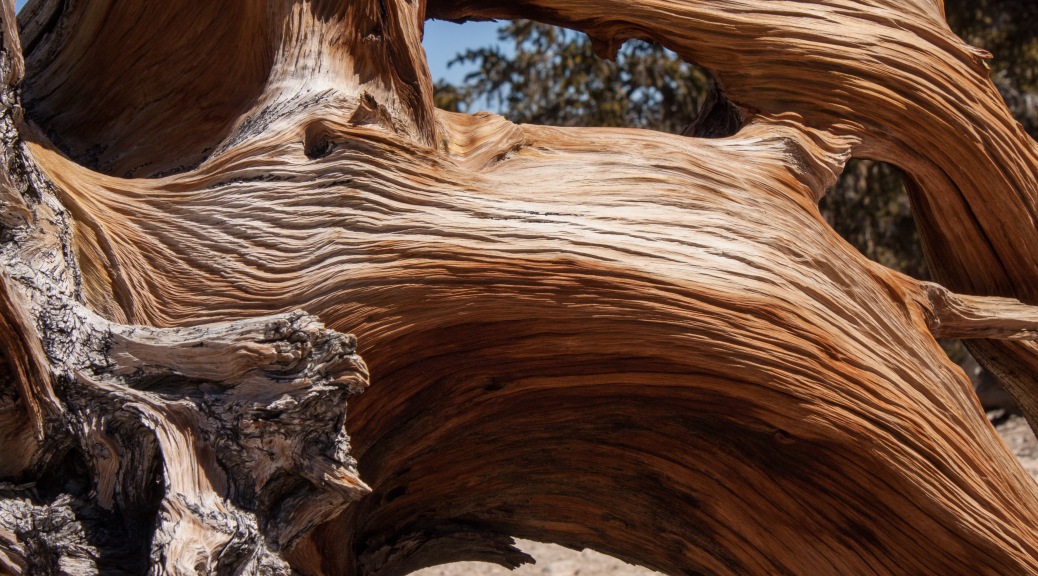 We gradually leave the desert behind us, climbing over two summits to get through the mountain pass into the Inyo National Forest in California.

This is the view that welcomes us as we round one particular corner. Surprise! 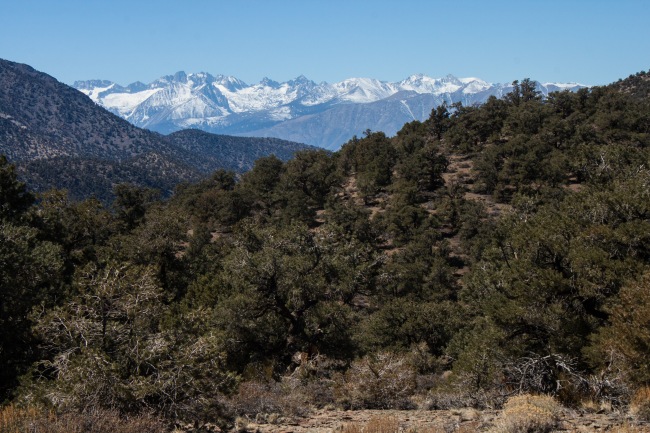 After managing to get over the pass, we turn off onto White Mountain Road. We are heading up to the Ancient Bristlecone Pine Forest, located in the White Mountains, about an hour east of Bishop, California.

It’s refreshing being in the Pine forest again, the ground laden with slate and hidden wonders that one almost misses. We must have stepped over these beautiful little succulents numerous times before actually observing  the tiny red blooms and happy yellow flowers on them. 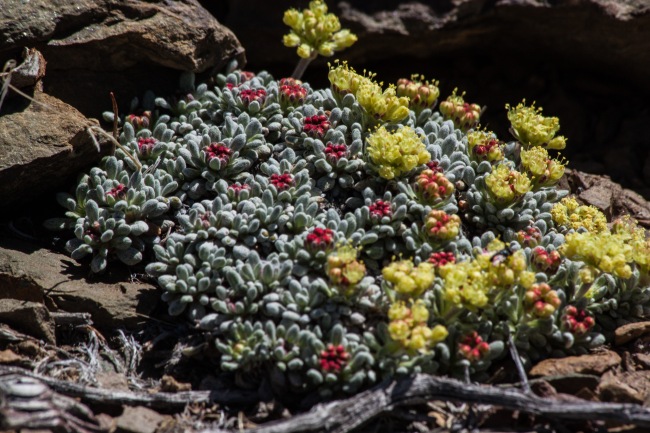 We wind up and up and up until we are over 9,000 feet in elevation. Only because of California’s ongoing drought and the lowest recorded snowpack in history, can we visit this area this early in spring. Having not been this high for a long time, we feel like we are really on top of the world.

And just below timberline is exactly where the oldest trees on earth are living. 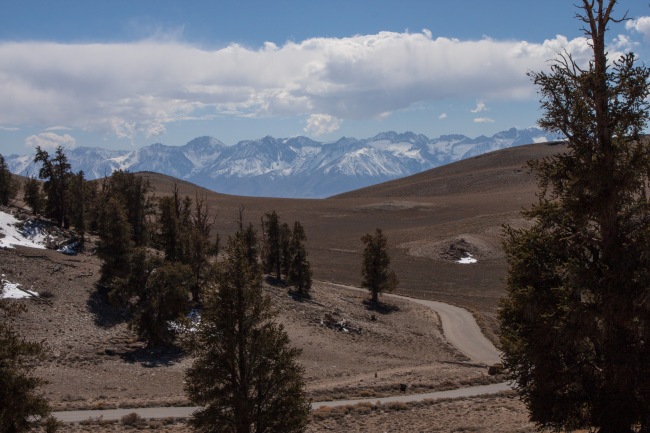 Some of these Bristlecone Pines are over 5,000 years old.  They have been here for so long, according to one fellow hiker we meet, that they actually used to live at lower elevations, until the mountains pushed up to these colossal heights.

I try to wrap my brain around that! 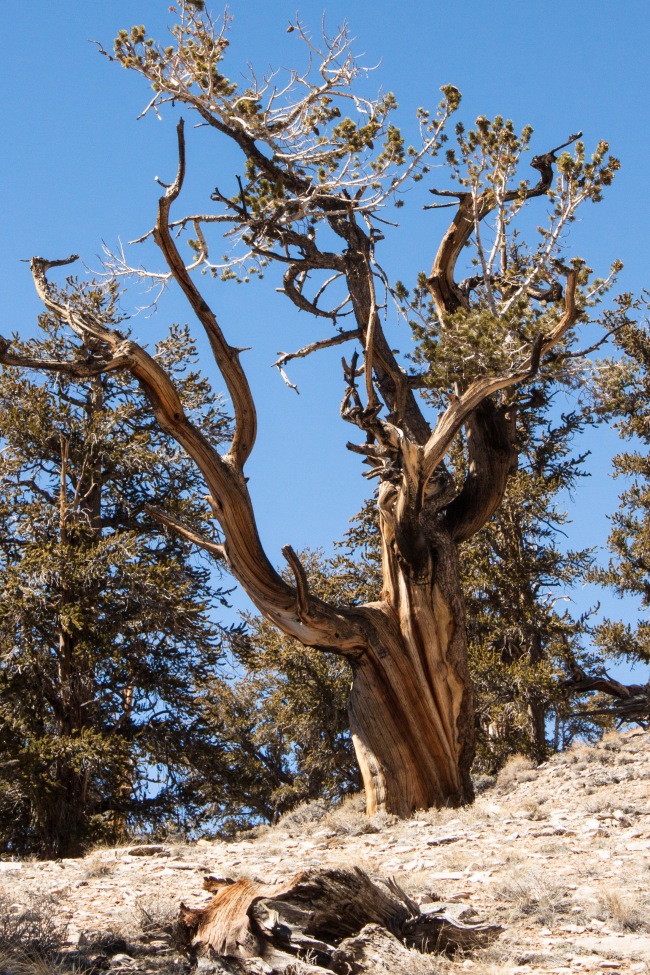 These trees grow so slowly, that according to Wikipedia, even their needles sometimes stay on the trees for over 40 years. Talk about slow growth! 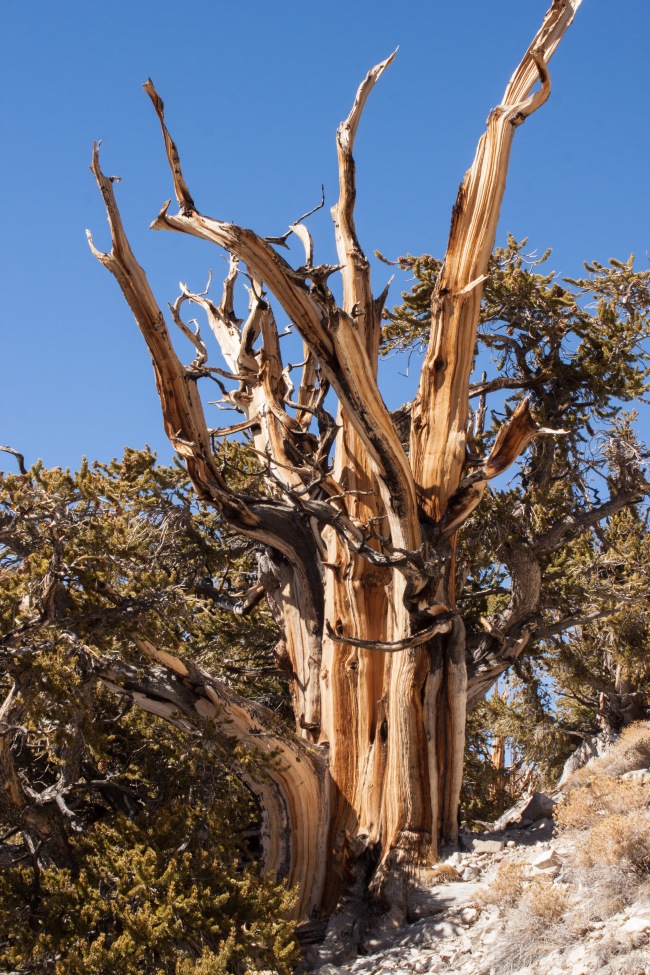 Somewhere in this forest is the oldest individual recorded living tree in the world. The “Methusala” tree. Depending on which scientific source one reads, it is recorded to be approximately 5,064 years old. 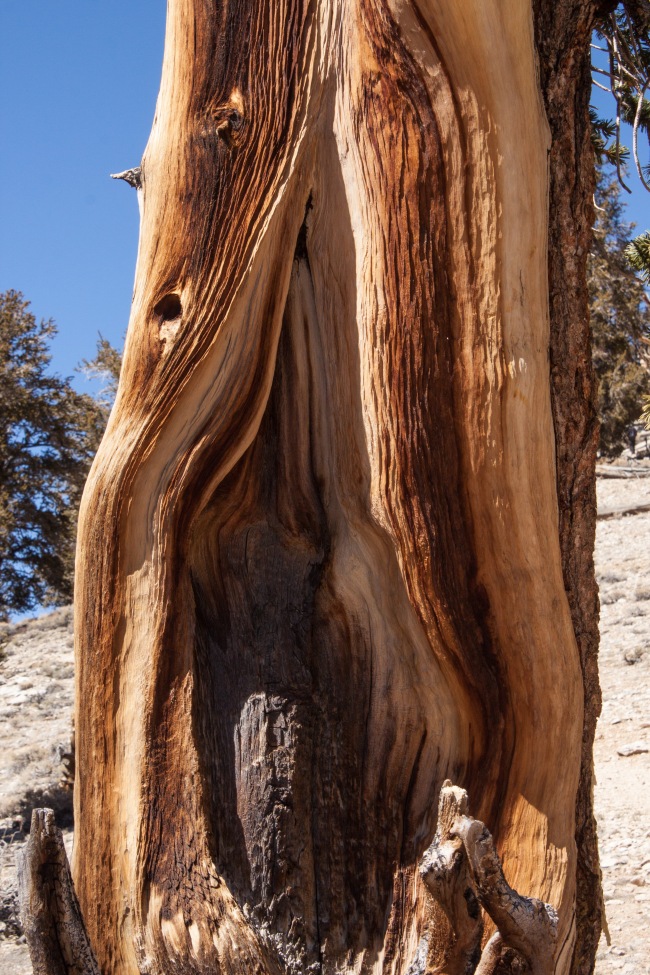 We hike around the Discovery trail. We are at about 10,000 feet elevation, and Pia wants to be with us. We take it slow, and take lots of rests.

But we don’t take the Methuselah trail, which is about four hours long the signage says. It takes us almost that long just for the Discovery trail, which supposedly takes about an hour and a half. 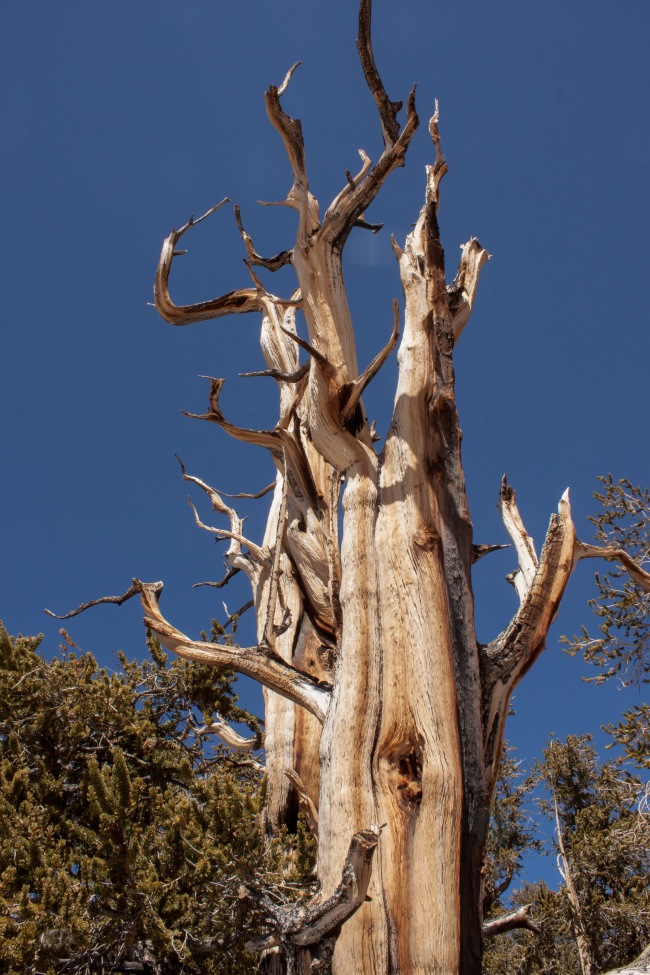 The actual Methusela Tree is a “secret.”  The trail wanders about through the forest, but it is never revealed which tree is actually “it.” Some secrets are best kept secret I suppose. There are weirdos out there. 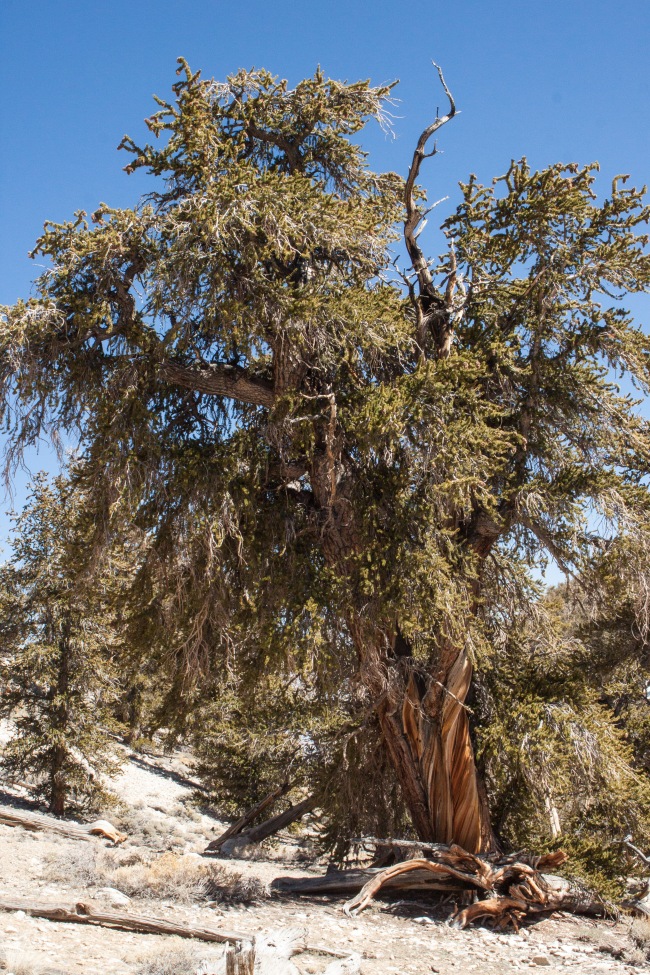 The rich colors, the twisted bark, the monstrous roots, the majestic stature of these older than old giants is pretty humbling.

I mean, I thought I was feeling old at 50-something… 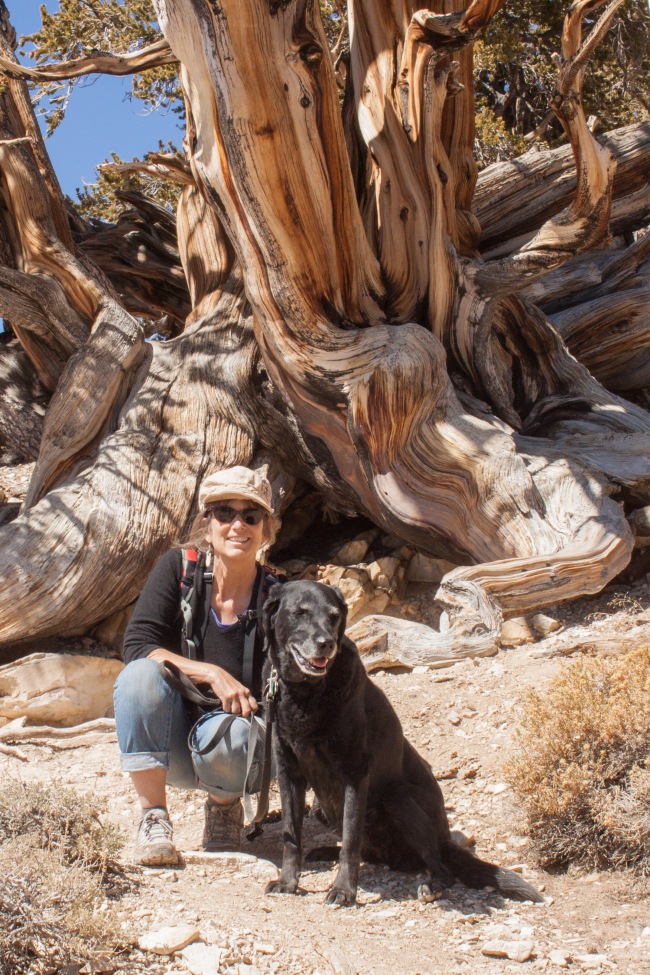 No more whining or complaining about getting old, right Pia?