But really, it just didn’t do much for us after everywhere we’ve been. And the campgrounds there…well what can I say, they were pretty much dusty, graveled parking lots with wall to wall people.

I guess it’s a popular spot for this time of year.

We couldn’t bring ourselves to camp in this situation, so we just kept going.

We drove to Lone Pine, a little town above the pitiful remains of Owens Lake, on the eastern side of the Sierra Nevada Mountains.

We had heard about the Alabama Hills, where so many movies have been made, they named the road there, ingeniously “Movie Road.” According to local lore, over 400 hollywood movies have been filmed in these hills.

Were we ever wowed when we drove in, just hoping to find a place to sleep for the night! Boulders and mountains and lots of open spaces with views to die for. 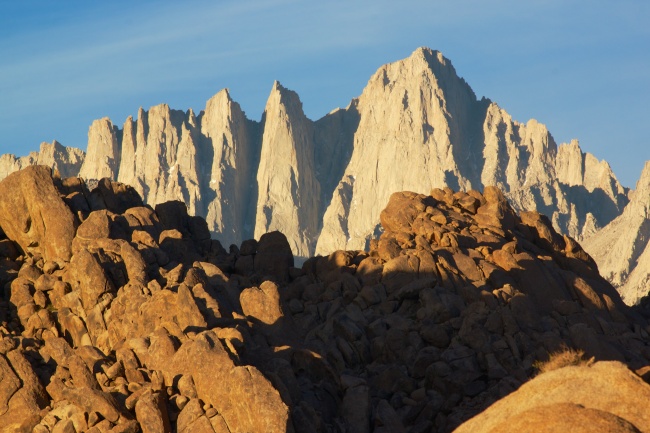 Mt. Whitney, the tallest mountain in the continental United States with a summit of 14, 505 feet, was what we saw from our van door here! This is actually the back side of Whitney, seen from the east. How majestic her grandeur.

We felt pretty humbled and privileged to be camped here. To think that the likes of John Wayne to Johnny Depp have left their footprints here in the dust, and may have camped in the exact spot we did. (Well – probably not this exact spot, but maybe close by.) 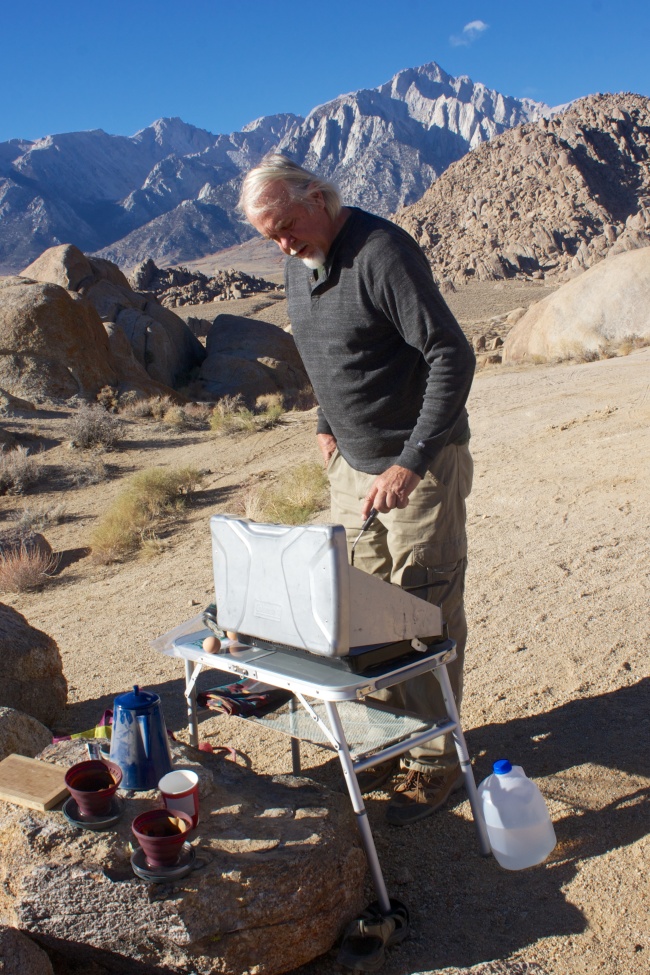 Not a bad spot for morning coffee and breakfast. My own “John/ny” cooking up some yummy grub.

I wonder how much you would have to pay for a kitchen window with this view??

I wish I could say this was us, jogging along the road, but we enjoyed the view just as much while casually walking along behind these lucky folks who obviously run here often.

Another time when it’s just really hard to pull away…

We’ll be back here again.

PS…For those who care, I am now officially caught up and current on this blog!!!