After leaving Santa Fe, we drove down past the town of Grants to Blue Lake State Park. We got in early, found a nice site overlooking the lake, and hiked around a bit. It was a nice campground and a good place to unwind from our sojourn in the cities.

In the morning we all took a wonderful hike down to a creek in the bottom of another canyon…like a miniature Rio Grand Canyon. It was beautiful with cool rock walls, some beaver activity, and greenery along the creek. We even had to make a creek crossing, which Pia wasn’t crazy about…the water doesn’t bother her, but she’s not real keen on the boulders. Pia is a retired guide dog, and most of her life has been maneuvering around towns and cities, not bouldering up and down cliffs. But she is game to try most anything, such an amazing dog she is. 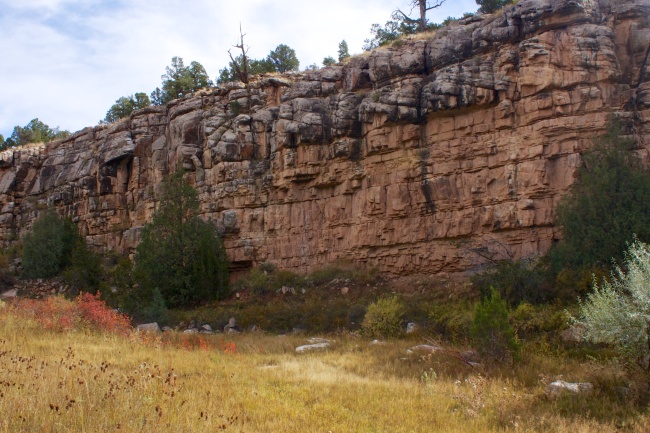 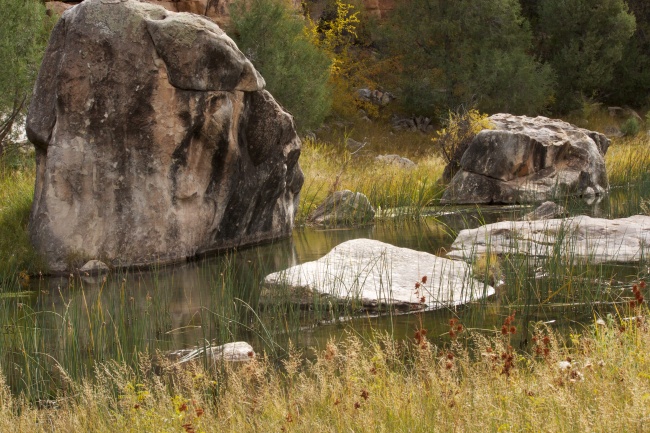 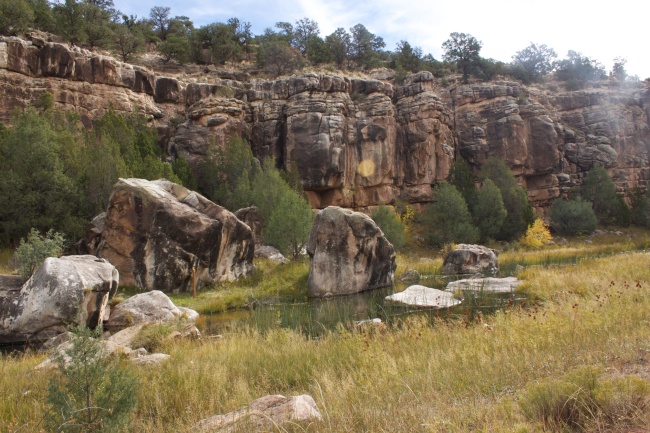 So glad we didn’t just settle for the lake views, because this little hidden trail was the real gem of the campground for us.

We were able to take quick showers before leaving the park, refreshed and ready to hit the road. We then spent some time driving around and checking out the countryside, before landing in a dispersed camping area off of hwy 53. There we found more awesome rocks to climb around on, and the most beautiful Spotted Towee sitting in a pine tree. (No camera with me)

Checking out El Malpaias National Monument and Wilderness Conservation area was fantastic. We hiked around on these incredible sandstone formations overlooking acres and acres of lava beds at the Sandstone Bluff overlook area. 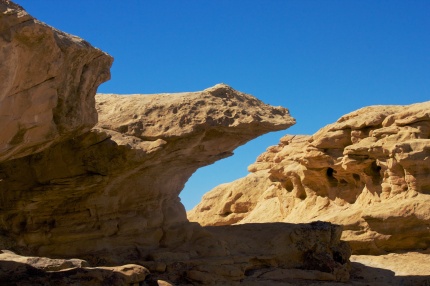 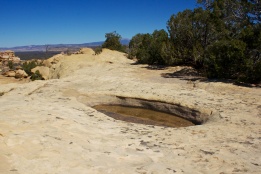 Pia and Fred were tuckered out after all that boulder hiking, so Fred stayed behind with her at Lava Falls, where I hiked solo across a moonscape of lava beds, leaping over crevices,  tiptoeing across lava bridges, and following the lava rock piles, which were the only trail markers on the trail. It was pretty rugged hiking, but an incredible landscape that I’m glad I was able to experience. 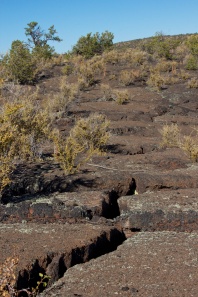 The lava fields are about 3000 years old, fairly young geologically speaking. What was amazing were the trees, bushes and cacti that were forcing their way up through all the hard lava. True pioneer species in a brand new world.

South onward to spend the night at Apache Creek Campground.