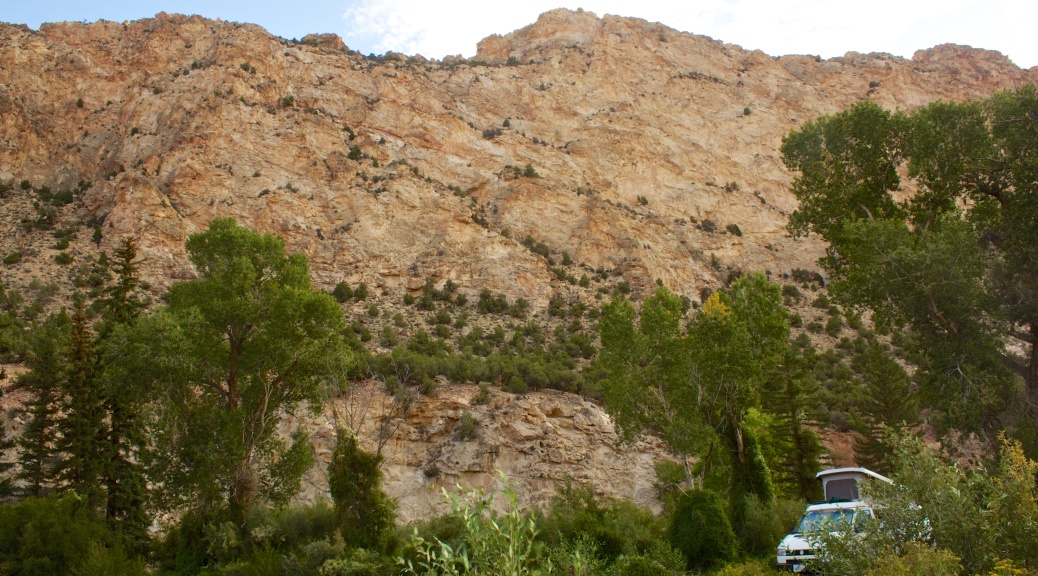 We landed back in Utah.

In the northeast corner this time after spending three glorious weeks in the Montana and Wyoming national parks. After living in vast open spaces that go on forever. After living with so much wildlife. After living around many awesome like-minded people. After being immersed in beauty, remoteness, nature, happy days, winding rivers, snow capped mountain peeks, and serene valleys.

After all that, the drive through rural America on Wyoming back roads was a bit disenchanting, but once we made it into the Flaming Gorge recreation area, the gorgeous rock country felt relaxing and comforting. This campground we stayed at with enormous orange rock cliffs in the background, dwarfed our van and made us feel small, but we were cozy at home as the creek wound slowly along the base of the cliffs,  thunder roared and the wind blew in the background. Raindrops splattered the van windows. We were happy and at peace.

When we woke in the morning the sun was out, so we took a side trip around Sheep geological loop, which points out which dinosaurs lived in the different geological formations all along the loop. It was fun seeing signs pointing out “Stegosaurus lived here, and Brontosaurus lived there.”

The day was a restful day, with time for reflection on where we’ve been and where we were going, while enjoying green pastures and golden afternoons, as we made our way into Colorado. 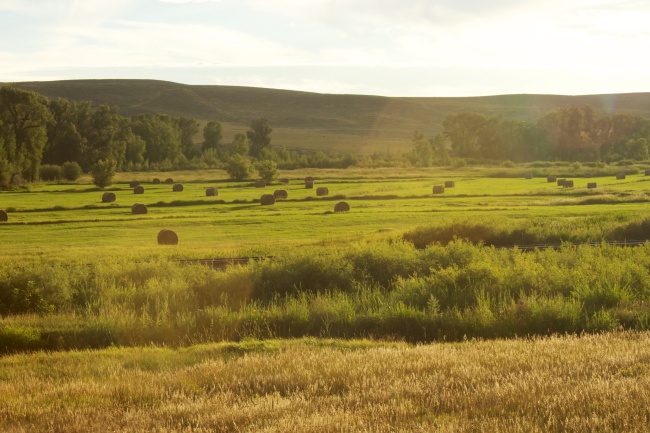